The complex rallied to gains of over 2.3% today as OPEC+ kept output policy steady, contrary to talk last week of a larger increase in the group's output ceiling. The group agreed to raise production by 0.4mb/d next month, and is set to do the same in December. Also supportive, the US dollar index was down 0.3% as of this writing, down for a third session after hitting levels not seen since last summer, late last month. Today's strength in petroleum futures came despite heavy losses in equities. The FTSE 100 in the UK fell 0.23%, Germany's DAX dropped 0.79% lower, and the French CAC 40 lost 0.61%. US economic data were favorable today, with factory orders growth of 1.2% in August beating the 1.0% forecast, coming with an upward revision to July output growth of 0.3pp to 0.7%. Nevertheless, the Dow was down by 1.1%, the S&P 500 had lost 1.5%, and the Nasdaq had sold off 2.4% as of this writing. Tech stocks were getting hit, and concerns over the debt ceiling may have also been weighing on the indexes.

Natural gas futures strengthened today with an upward revision to the two-week degree day forecast, a tighter US market balance forecast for this week, record global gas prices, and with more US nuclear power offline. According to Reuters, European gas prices are at or near record highs of $33/mmBtu, and that Asian prices are not far behind at $31/mmBtu. The Global Forecast System projects 125 degree days (78 cooling, 47 heating) over the next two weeks, up from 119 previously - but still below last year's 137 degree days (76 cooling, 61 heating) and the 30-year average of 161. The European model continues to call for above-normal temperatures in the Midwest and on the East Coast over the next 15 days. In the cash market today, benchmark Henry Hub prices rose by 3 cents to $5.61/mmBtu, but Transco Zone 6 prices in New York fell sharply - by $1.32 to $3.28/mmBtu. Algonquin citygate prices also took a tumble, falling 62 cents to $4.00/mmBtu. Out in the Atlantic, the National Hurricane Center is tracking a disturbance over the southeastern Bahamas, but gives it a near-zero chance for tropical cyclone formation over the next two days. Meanwhile, Victor is dissipating and Hurricane Sam is headed away from us.

ULSD futures rallied 2.3% in an upside session today, consistent with our directional bias and with bulls taking out nearby $2.4070 resistance. This becomes nearby support, followed by $2.2859, whereas we look to $2.4879 and then to $2.6000 for next resistance. The RSI and slow stochastics are both overbought, while the MACD, candlesticks, and major averages point higher. We continue to favor upside chances for now, but expect a consolidation or retracement over the coming sessions. We also favored upside chances for RBOB, and futures continued higher today, gaining 2.6% in an upside session. Slow stochastics are overcooked, but the RSI (63.0) cannot confirm overbought conditions. Major averages, candlesticks, and now the MACD point higher. We expect resistance at $2.3695 and then $2.4483, with 100-day ma ($2.2062) and then 18-day ma ($2.1844) support. WTI futures surprised with a 2.3% jump in today's upside session, taking out $76.98 resistance and hitting a fresh post-pandemic high of $78.38. This becomes nearby resistance, followed by $82.88, whereas $76.29 and then $73.29 are our nearby support levels. The MACD, candlesticks, and major averages point higher, but the RSI is overbought and the slow stochastics are neutral. Still, given today's breakout we side with the bulls. Natural gas futures continue to exhibit volatile trade, moving sideways in a manner consistent with our neutral stance. Futures rose 2.6% today in an upside session, but settled far off of the intraday highs and in the bottom half of the daily range. We remain neutral, seeing resistance at $5.717 and then at $6.107, with $5.411 and $5.136 support. 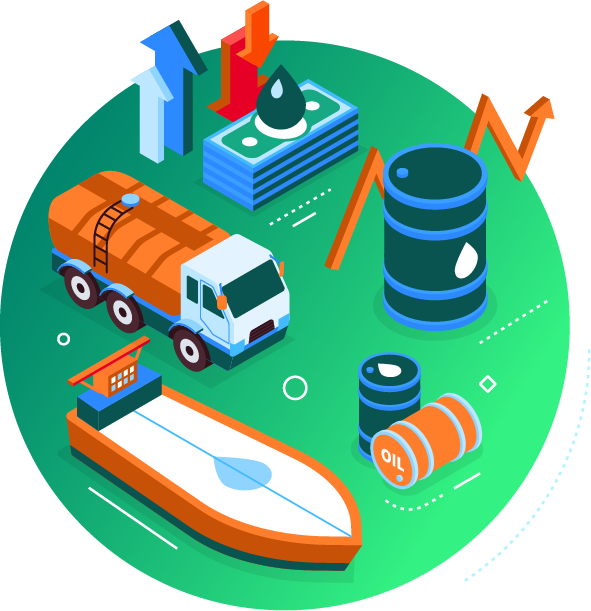